D. Dhayadevadas registered a company in the name of Federation of Indian Placer Mineral Industries and make false complaints against officials and other mining lessees. No University grant conferred “Doctorate” to Mr. D.Dhayadevadas. Simply paying a small amount to one association, he get doctorate in the name of that he had made lot of researches in the Holy Bible. For making false complaints, today we send complaint with attachments to the Honourable Prime Minister for taking action.

The Prime Minister office allotted the Registration Number to our complaint.

The complaint is attached for our members information and feed back. 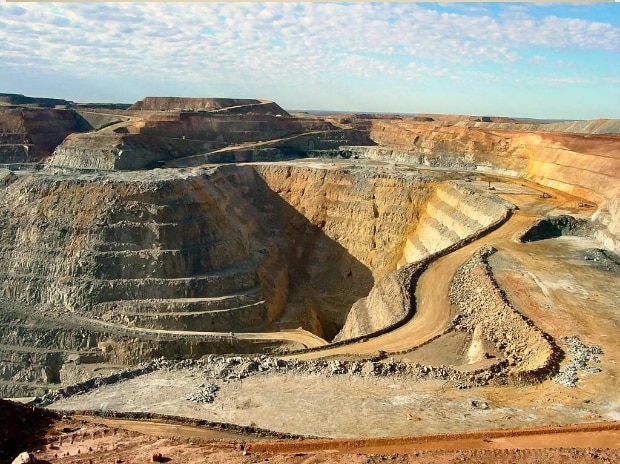 He said he had directed MECL to carry out immediate exploration in the mining lease area of BGML after the meeting.

Sharing photographs on Twitter on the commencement of the activities, Joshi said the mining would help resolve Bharat Gold Mines Limited (BGML) issue over exploration in KGF that has been pending for the last 16 years.

The Union Minister said the exploration started after his meeting last month with Karnataka Chief Minister B S Yediyurappa on August 28.

He said he had directed MECL to carry out immediate exploration in the mining lease area of BGML after the meeting.

In the meeting, Yediyurappa and Joshi decided that either the high-value minerals at BGML are explored or handed over to the Industries Department to set up an industrial cluster to start large-scale economic activities there.

Govt., of India introduced New Code instead of Mines Act and other Act and Rules in the name of “The Occupational Safety, Health and Working Conditions Code 2020 which is available in our blog.  The salient futures of the said code is given below.Major Amendements in OSH and working conditions code 2020, (1)

Government of India introduced “The Occupational Safety, Health and Working Conditions Code 2020”, by amalgamating 13 laws including Mines Act, 1952.  The new code is given below for our members information.

Sub :   The Comments and Suggestions on the Draft Proposed Mining Reforms-  request to remove the irrelevant notifications to attract foreign direct investment as well as to generate one lakh new employment – Reg.

With reference to the above Notice w.r.t. Draft Proposed Mining Reforms issued by Ministry of Mines.

In case, you really interested to implement the reforms, you have to open the beach mineral industry to private parties. Because, according to the MoEF condition beach mineral mining alone carried out by manual mining which will generate lot of employment. In Tamilnadu alone, more than 50000 people get employment through beach mineral industry as, out of 71 mining leases, 61 mining leases are in Tamilnadu. So if  MAKE IN INDIA scheme is implemented defentily our government will get huge revenue by way of taxes duty and foreign exchange earnings in addition to lot of employment.

The back ground is given below.

We are a Registered Organization of Southern Regional Mines and Mineral based Workers Welfare Association. Please visit our website https://southernmines.co.in/ .

In Tamil Nadu, beach minerals are available abundantly in East coast as well as West coast. It is deposited due to the sea current and wind and wave action. Unless we failed to collect the beach mineral within a stipulated time, larger portion  will taken back to the sea and deposited to some other area. On this method, beach minerals are transported to nearby country Sri Lanka. The origin is only western Ghats. When Indian producers are mining beach minerals Srilankan companies are shut down. Unfortunately last some years beach minerals producers in India are prevented from mining, so our Indian mineral goes to Srilanka which was imported by Indian value added producers.

Previously only IREL, a Govt., company alone permitted to enter in the beach mineral industry. By knowing the scope for development, then Prime Minister Mr.Adul Bihari Vajbaiji relaxed the procedures and permitted wholly Indian owned companies resulted the Increase in Revenue from Rs. 35 Crore to Rs.1500 Crores per year.  The direct and indirect employment also raised from 500 to 50000.

So if your really want to make reforms in the mining sector, complete opening of beach minerals to private sector is required.

Through his political power he do illegal mining in a larger level. Result as per the order of the High Court, the State Govt., authorities inspected and found the illegal mining and determine the mining leases. (Tamilnadu Govt., order attached)

As a counter blast, Mr.Dhayadevadas made false complaints against all the private beach mineral mining lessees stating that, Atomic mineral monazite is illegally exported. In fact, there is no demand for monazite. It is easily available all over the world. So IRE Ltd itself stopped the production from 2004 ( RAJYA SABHA UNSTARRED QUESTION NO.420

Moreover all the seaports and airports are equipped with gadgets to find out the radioactive material. (Parliament reply by DEPARTMENT OF ATOMIC ENERGY

The said Dhayadevadas was financed by the developed countries who loose their international market to the Indian producers, as, the exporters face stiff competition from the countries namely Australia, Canada, China, Norway, South Africa, USA and etc.  Systematic propaganda was made by a section of people against Indian Beach Mineral Industry which all are false. (Parliament reply to question No. DEPARTMENT OF ATOMIC ENERGY

You will appreciate the face that it is a great achievement on the part of the beach sand mineral companies operating against many odds in India.  This shows the vibrancy and determination of these exporters in “Make in India” campaign declared by Hon’ble Prime Minister Sri Narendra Modi ji, because all these mineral separators are export their mineral products and thereby earn valuable foreign exchange to our nation through 50,000 beach mineral employees.

Due to the false complaint of export of monazite, Ministry of Mines notified the threshold value thereby prevent private mining lessees to enter in this field. This not only affect our Indian Producer. But the overseas investors also afraid of to invest in India, since there is no security for their investment as, based on a simple complaint, even without enquiry or reports, the government authorities will prevent the business or industries. Unless their fears are cleared, there is no possibility to attract foreign direct investment in the mining field. So reversing the following Ministry of mines notifications are required.

In respect of export, even though Ministry of Mines as well as DGFT knows that, the rare earth elements are available only in Monazite, in the name of Rare Earth Elements DGFT canalize the export of Garnet, Ilmenite, Rutile, zircon, sillimanite etc., only to help IREL, a govt., company. This also make a fear in the international business community. When some of our people travel to overseas countries, they openly told that, in India there is no government administration, the policies and rules are framed based on the amount received from a section of traders / industries. They point out the above said notifications in addition to DGFT Notification No.26/ 2015-2020 (S.O.4053(E)) Dt. 21.08.2018). Hence that notification also to be withdrawn.

In case, the above reforms are done in consultation with our association people, as well as beach mineral producers association, definitely it will generate not less than one lakh new employment in addition to approximately 10000 Crore rupees of foreign exchange earnings and save foreign exchange outgo by way of Ilmenite, Rutile import from overseas countries.

Q&A of the Webinar

Our comments / Suggestions on the draft Metalliferous Mines and Regulation, 2019 sent to Ministry of Mines is given below for our members knowledge.

Under Secretary to the Government of India, ISH-II

Ministry of Labour and Employment

We are a Registered Organization of Southern Regional Mines and Mineral based Workers Welfare Association. Please visit our website https://southernmines.co.in/.

The Draft Metalliferous Mines Regulation, 2019 was notified by the Ministry of Labour and Employment vide Extraordinary Gazette Notification G.S.R. 138(E) Dt. 20.02.2020, inviting any objections or suggestions, if any.

In Tamilnadu, natural occurrence of heavy minerals is found in the rocks of Western Ghats. Several Millions of years ago, by natural weathering process, these heavy minerals were get disintegrated into sand and get carried away by major streams and rivers to the Sea. Once again, due to tidal action and wind action, these heavy minerals (beach washings sand – Garnet, Ilmenite, Rutile etc.) were get accumulated along the sea shores of southern districts of Tamilnadu.

To develop these rain shadow region, the then political leaders took necessary steps and brought the Mineral Industries with the grant of Beach Sand mining leases. By this Industry development, thousands of poor families were get benefited and got employment opportunities. Meantime to overcome the hurdles of these workers, this Association was formed during the year 1994 and got registered under Regn. No. 3/95 Dt. 11.01.1995.

Our Beach sand mining is very easy & uncomplicated method of mining and much simpler than agricultural process. Unlike underground mining or opencast mining, Beach Mineral Mining or Placer Mining involves scooping of placer deposits by using spades and baskets. Thus our mining activities are carried out manually and without any drilling & blasting and without any heavy machinery.

In addition, our Association has also filed W.P. No. 9543 of 2013 in Madras High Court, seeking a declaration, to declare the “Bye law conduct of Examination and Grant of Mining Mate Certificate of Competency issued by the Board of Mining Examinations as null and void and ultra vires of the MMR, 1961”. On careful examination of records, the High of Madras has ordered vide Order Dt. 12.07.2013 (Copy enclosed as Annexure – II) and once again the High Court has admitted that Mining Foreman and Mining Mate posts do not require any blasting experience. Also in the Order the Madras High Court has dismissed the W.A. No. 2290 of 2010 and has closed all connected M.Ps.

From the above it is clearly evident that the Mining Foreman and the Mining Mate posts do not require any blasting experience and the Bye laws framed were become null and void and ultra vires of the MMR, 1961.

In the meantime, the Board of Mining Examinations was kind enough to obey the Court Orders and our association members were allowed to participate in the Mining Foreman and Mining Mates Examination, without any blasting experience.

Whereas, now strangely the Ministry of Labour and Employment has made Extra Ordinary Notification vide G.S.R. 138(E) Dt. 20.02.2020, published the Draft Metalliferous Mines Regulation, 2019, which is totally violating the both Supreme Court Verdict and Madras High Court Verdicts.

Whereas, the new Draft Metalliferous Mines Regulation, 2019 is not in line with the above Court Orders and totally deviating & violating the verdict of the Court Orders.

In view of the above, we the Beach Sand Mining workers who are involved in Easy and Uncomplicated Mining shall be exempted from possessing of blasting experience certificates to appear for Mine Foreman’s/ Mine Mate’s Examination and the same clause shall be suitably incorporated in the New Metalliferous Mines Regulation.

Thus we have expressed our objections as above. And following are our Suggestions towards the Draft Metalliferous Mines Regulation, 2019 published by the Ministry of Labour and Employment vide G.S.R. 138(E) Dt. 20.02.2020.

We kindly request the concerned Authority to render justice, by incorporating the following Amendments in the New MMR and failing which the same shall be amount to Contempt of Court.

In view of the above, we request you to kindly incorporate the above Amendments in the proposed Metalliferous Mines Regulations and if our suggestions are not fulfilled, that may amount to Contempt of the Supreme Court and Madras High Court.