V.V.Mineral bagged the top exporter award for the seventh consecutive year from the Government of India at a function in New Delhi on 28.01.2016. Union Minister Mr.Kalraj Mishra distributed the award to Mr. V. Subramanian,Director, V.V. Mineral. Thecompany has received severalcertificates viz., ISO 14001:2007and OHSAS 18001:2004. V.V.Mineral is also the top exporterfrom VOC Port (Tuticorin Port) and for the last 12 years has been receiving the top exporter award from port officials. The company has special rights under the ‘Star Trading House’ category and has been given a Green Card for certain special rights owing to large amount of (Rs. 8,603 crore). D Bhattacharya, Managing Director said that the company continued to ramp up capacity at the new plants, despite challenging business environment globally and produced metals at the lowest cost. “We believe aluminium prices on the London Metal Exchange have bottomed out and things should be much better next quarter,” he said.

The board of directors on Tuesday approved a proposal to raise Rs. 1,500 crore through issue of non-convertible debentures besides raising Rs. 2,000 crore through term loan.

During the quarter, alumina production (including Utkal refinery) was up 19 per cent at 705,000 tonnes. exports. The company was also awarded in the past for exporting minerals that control global warming and also useful in production of computers, mobiles etc. 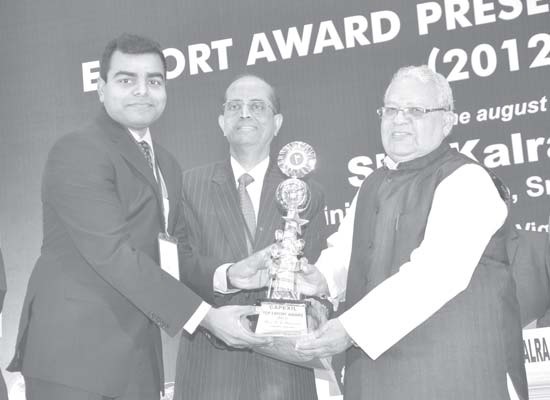