M/s.V.V. Mineral bagged the “Top Exporter” CAPEXIL Award for the Eighth consecutive year from the Ministry of Commerce, Government of India, for Best Exporter Performance, at a function in Kolkata on 20.09.2016. 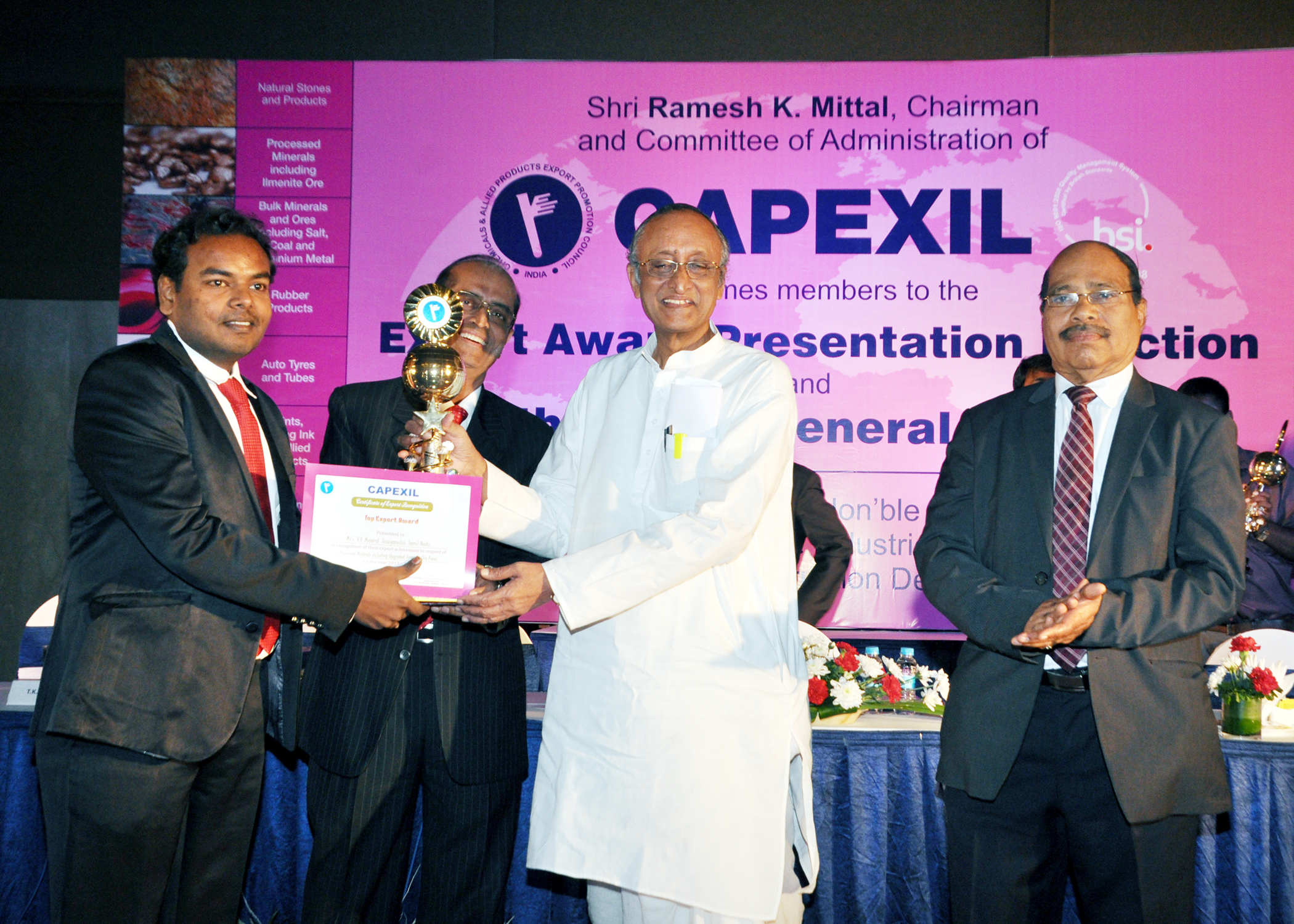 The company has received several certificates viz., ISO 14001:2007 and OHSAS 18001:2004. M/s.V.V. Mineral is also the top exporter from VOC Port (Tuticorin Port) and for the last 13 years has been receiving the top exporter award from port officials. The company has special rights under the ‘Star Trading House’ category and has been given a Green Card for certain special rights owing to large amount of Export. The company was also awarded in the past of exporting minerals that control global warming and also useful in production of computers, mobiles etc., 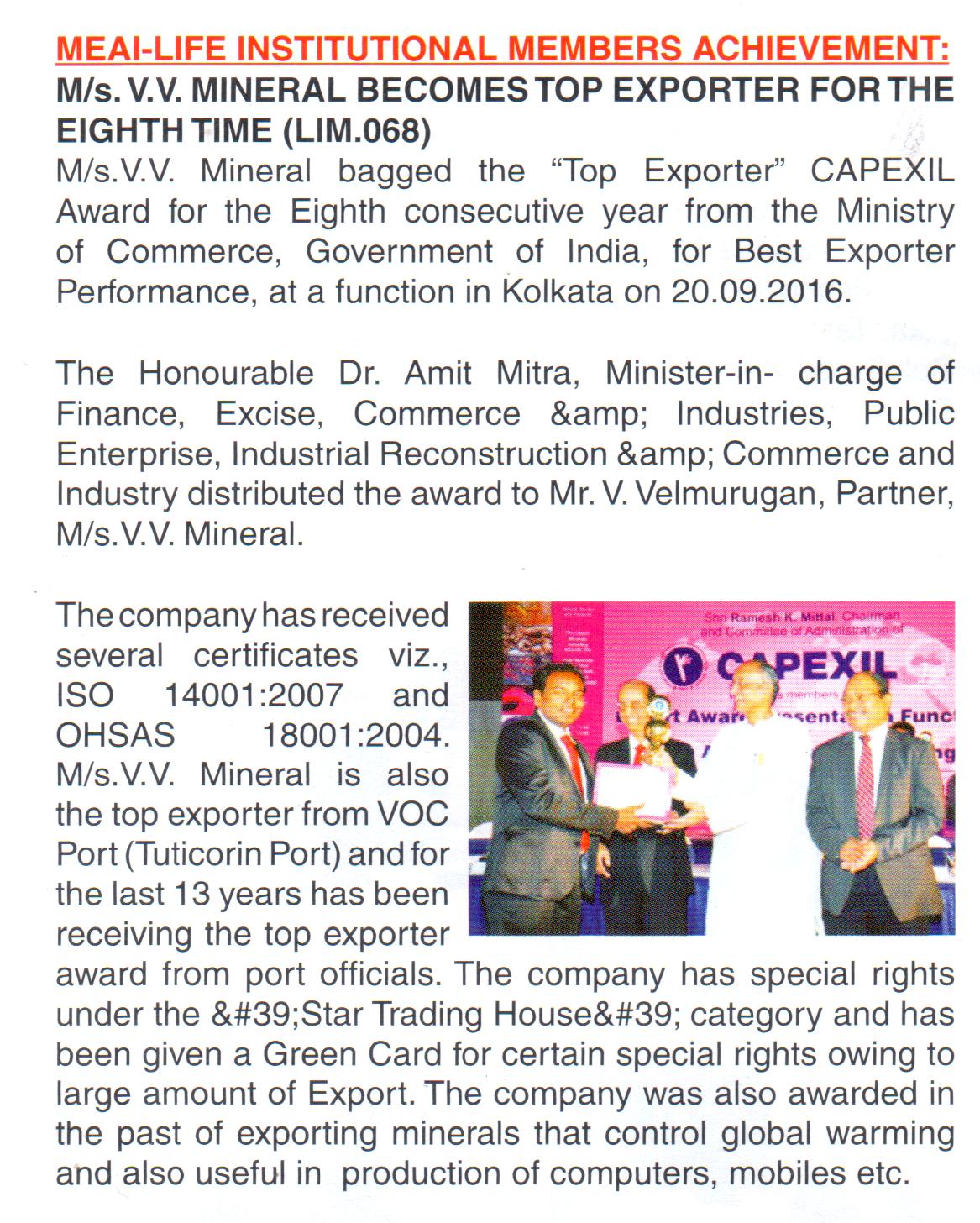