A suo motu public interest litigation petition pending before the Madras High Court in connection with alleged illegal beach sand mining in the State has taken a dramatic turn with one of the private firms involved in the business filing a sub application in the court to relieve amicus curiae V. Suresh from the case. 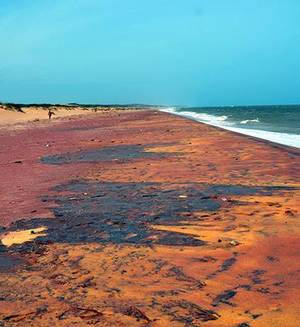 Transworld Garnet, represented by its general manager Stephen David, had filed the application accusing Mr. Suresh of acting in favour of its rival Dhaya Devadoss of Indian Garnet Sand Company.

The applicant also wanted the court to set at naught all memos as well as reports filed by the amicus curiae so far.

Alleging that Mr. Devadoss was in the habit of filing cases, directly as well as through his proxies, against his business rivals, Mr. David claimed that Mr. Suresh had conveniently not disclosed the fact of him having been a counsel on record for one such case filed through an individual named V. Sundaram in 2013.

At the time of his appointment on March 15, 2016, “the amicus made a statement that only ‘his office’ had appeared for Mr. Sundaram. All the parties in court… took his word at face value without further probing into the matter. There was no mention that the amicus and his wife were the counsels on record for V. Sundaram.

“Had Dr. V. Suresh stated that he and his wife were the counsels on record for V. Sundaram, I would have staunchly opposed his appointment, especially since it is my express grievance that both V. Sundaram and Victor Rajamanickam (another alleged proxy litigant) are known henchmen of Devadoss,” Mr. David’s affidavit claimed.

Further stating that Mr. Suresh was the general secretary of People’s Union for Civil Liberties, a human rights organisation which had constituted a fact finding committee with regard to beach sand mining in 1996, the applicant alleged that the amicus had not disclosed this fact too in an attempt to “project himself as an unbiased and objective friend of the court.”

The affidavit said that Mr. Suresh had been privately corresponding with former Tirunelveli Collector M. Karunakaran “with the objective of influencing him and prejudicing his mind.” The Collector has thereafter passed two orders… detrimental to the interests of the petitioner and the supporting respondents, Mr. David claimed.