Ilmenite Export was banned by some State and Central Government officials in the name of controlling illegal mining.  Very big companies of developed countries are involved in this Ban. Those who could not able to compete with Indian Companies in terms of quality and supply schedule , they use this illegal tactics to control Indian Export.  Already some people made complaints to the government to enquire about this.  But now the government is run by officials and upper cast people.  They don’t know about the pain of the employees. Thank to the media who bring the impact to light. One of the News published is given below.

Why the black and white view in banning Ilmenite exports?

The Indian Paint Industry is affected the most

Any picture depicting India would have hues of Holi and vibrant colours of the bazaar. So it is surprising that the ban of Ilmenite (ilmenite) exports has been done with a black and white view thereby robbing the Indian paint industry  of its sheen.

When our Prime Minister launched the Swatch Bharat initiative the paint industry would have rejoiced. Clean up and do what?  After all, they would have surmised, if surroundings are clean and well painted the chances of it staying clean is a lot higher. Instead the Indian paint industry was hit hard by the sudden government ban on Ilmenite exports.

The government obviously has viewed this as a resource that does not replenish and have not taken into account the massive revenue loss and India’s standing in the international arena and not to forget that it constitutes a severe setback to the ‘Make in India’ initiative.

There are around 300 to 400 ingredients that go into making decorative paints. Out of this, the major raw material, TiO2, a white pigment, constitutes about 12-35% and is derived from Ilmenite. Continuing technological inventions and environmental regulations make the inventory even larger. While there are thousands and thousands of coating manufacturers around the globe, TiO2 producers are comparatively few in numbers.

More than 60 percent of the input costs of paint manufacturing go into procuring raw materials. Since the high demand for raw materials makes the supply irregular, the paint manufacturer (particularly the small player) has to plan ahead and keep stocks. As many of the raw materials are to be imported, the picture gets even more complicated.

Of the imports, the pigment Titanium Dioxide  (TiO2) is of major interest due to the following reasons. Indian annual requirement for TiO2 is 1,75,000 Metric Tonnes whereas the domestic production is only 30,000 Metric Tonnes. This forces Indian paint manufacturers to import 1,45,000 Metric Tonnes of TiO2 every year, spending out huge amounts.

The irony is as below.

TiO2  is extracted from a beach sand mineral, Ilmenite.The ilmenite beach sand reserves found on the coasts of India are replenishable in nature. Around 15 licence requests from private players for producing TiO2 locally are pending with the government. The licence raj reigns supreme and no approvals are forthcoming.

Many of the countries where the TiO2 manufacturers are located do not have Ilmenite reserves. Indian Miners from Tamil Nadu, Andhra Pradesh and a public sector company from Kerala, account for 15%  of world TiO2 feedstocks and were supplying to various pigment manufacturers around the globe.

Due to growing domestic paint market, which is estimated to around 20,000 Crore, the consumption for TiO2 is increasing by leaps and bounds. 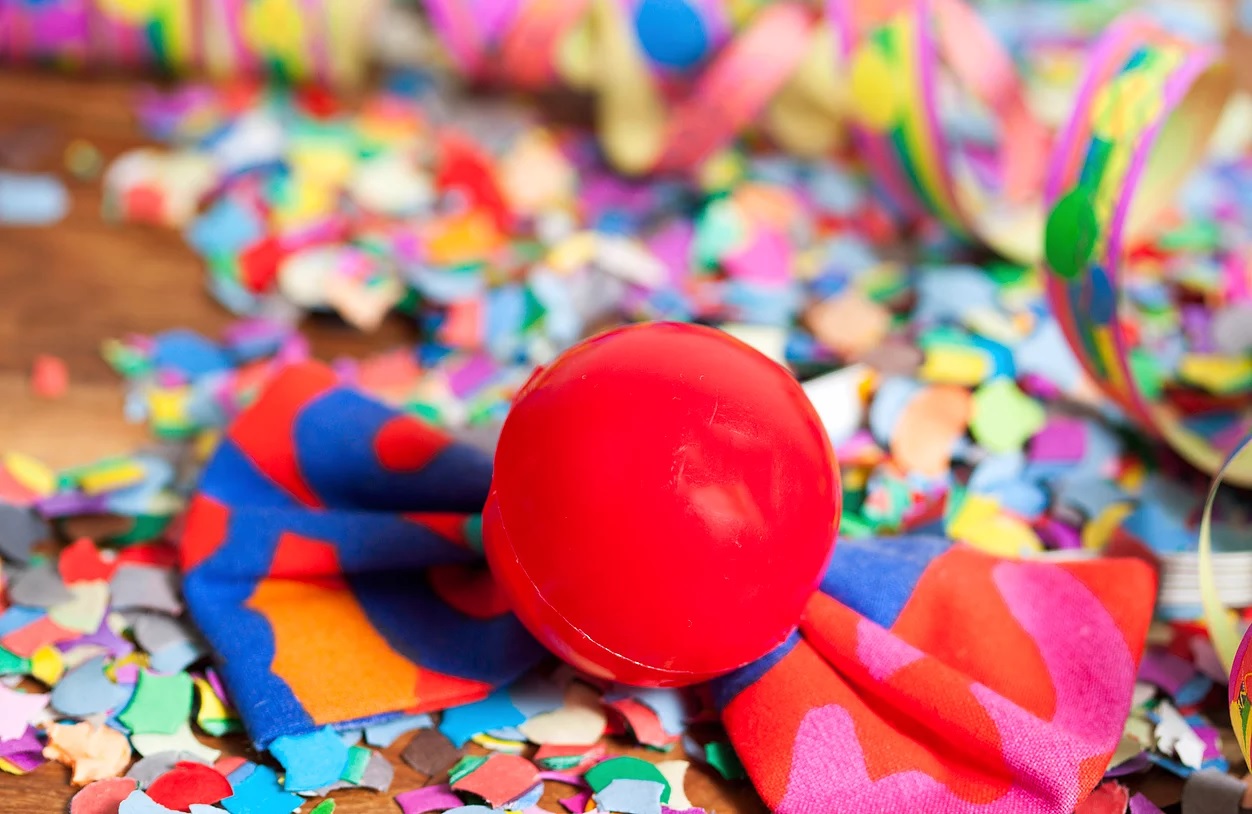 But why is the supply of TiO2 suddenly a question mark?

The last nail on the vexatious issue was hammered in when the ban on Ilmenite export was enforced in 2016. One could see a sharp price rise on TiO2 after the ban. In the last six months alone, the global prices have increased up to 50 percent (source: Bloomberg). This is because of the fact, in the absence of Indian Ilmenite, the TiO2 (overseas) manufacturers were forced to spend more on the diminishing Ilmenite supply from other countries and have increased their product prices. A sudden shortage of 10% Ilmenite supply (which includes Ilmenite manufacturers from TN) in the world market has led to steep increase of raw material price and this has affected the pigment market, says a recent report. The price increase has forced Indian consumers to shell out Rs.950 Crores additionally, the major chunk of which is foreign exchange.

The effect of the ban on export is multi fold. The small and medium scale paint manufacturer finds it very difficult to make profits. The middle class and rural people who are currently the major consumers of decorative paints are unable to bear any price increase. The government, on its side loses mining royalty, export duty and foreign exchange. The workers involved in mining, processing and logistics operations were also rendered jobless.

Even as we debate a great future it is time government looks at the opportunity in Ilmenite. It would do well to approve all the pending licenses to manufacture TiO2 locally in large scale by removing the ban. This will surely help in capacity building and would go a long way in building confidence on the ‘Make in India’ programme and for a bright, clean and colourful India in the years to come. 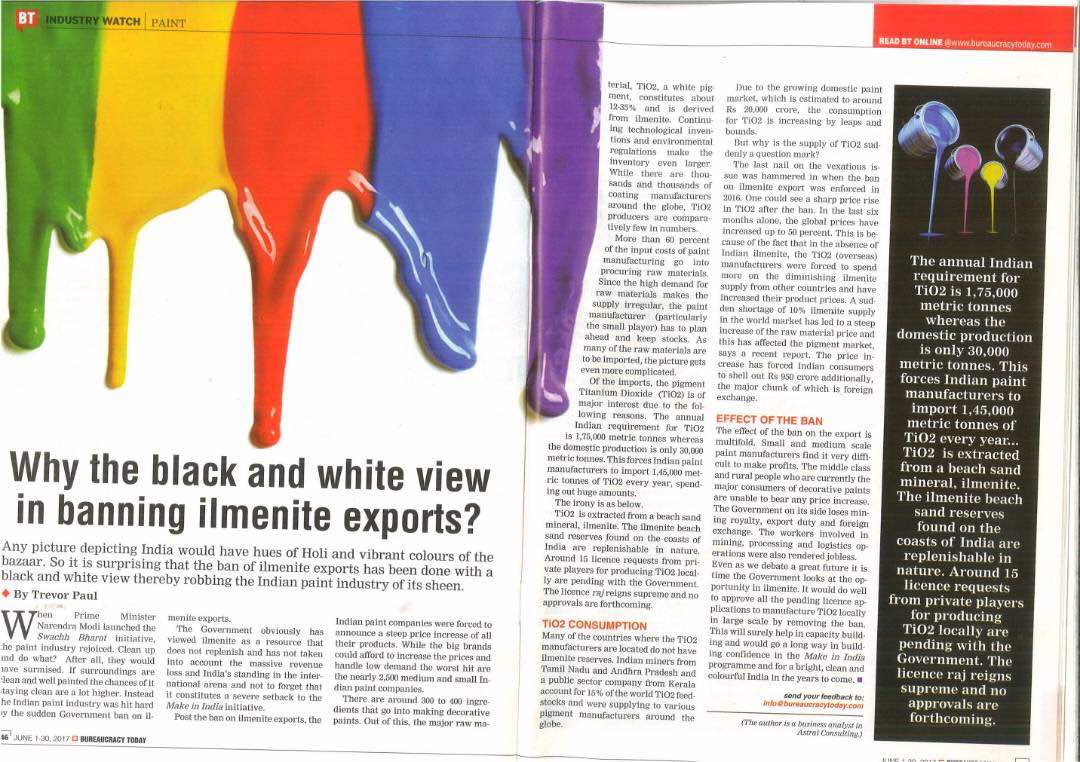