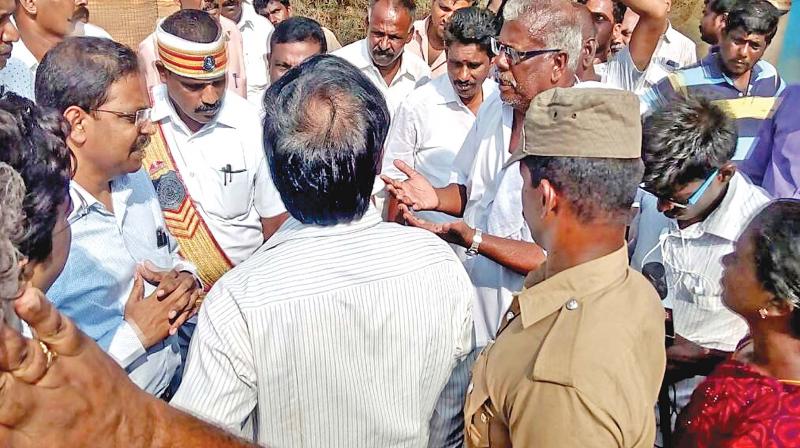 Tirunelveli: The court commissioner, Satyabrata Sahoo assured the workers of the beach mineral mining companies that he would not submit his report to the Madras high court without hearing their side.

Mr Sahoo, who has been appointed by the court to assess the stock of the beach mineral sand in the southern districts during his visit to one of the beach mineral factories at Vallanvilai in Radhapuram taluk was surrounded by around 500 labourers, who complained that the blanket ban imposed on beachmineral mining companies in the region deprived them of their basic livelihood.

This, according to P S Kannan, manager of V V Minerals “may have hands of their global competitors from China” as V V Minerals, which stood first in the global garnet market an year ago has been pushed to the 18th place globally. Kannan also alleged that at the district level committee meeting, their company’s complaint was not properly heard.

Receiving the four-page petition from the workers, the court commissioner, Mr. Satyabrata Sahoo promised the workers and officers of the beach mineral companies that he would not finalise any report without hearing the versions of both the companies and the workers.

The workers too have tactically warned of taking up series of demonstrations if their problems were not properly settled and the beach mineral companies reopened without redressing their issues.